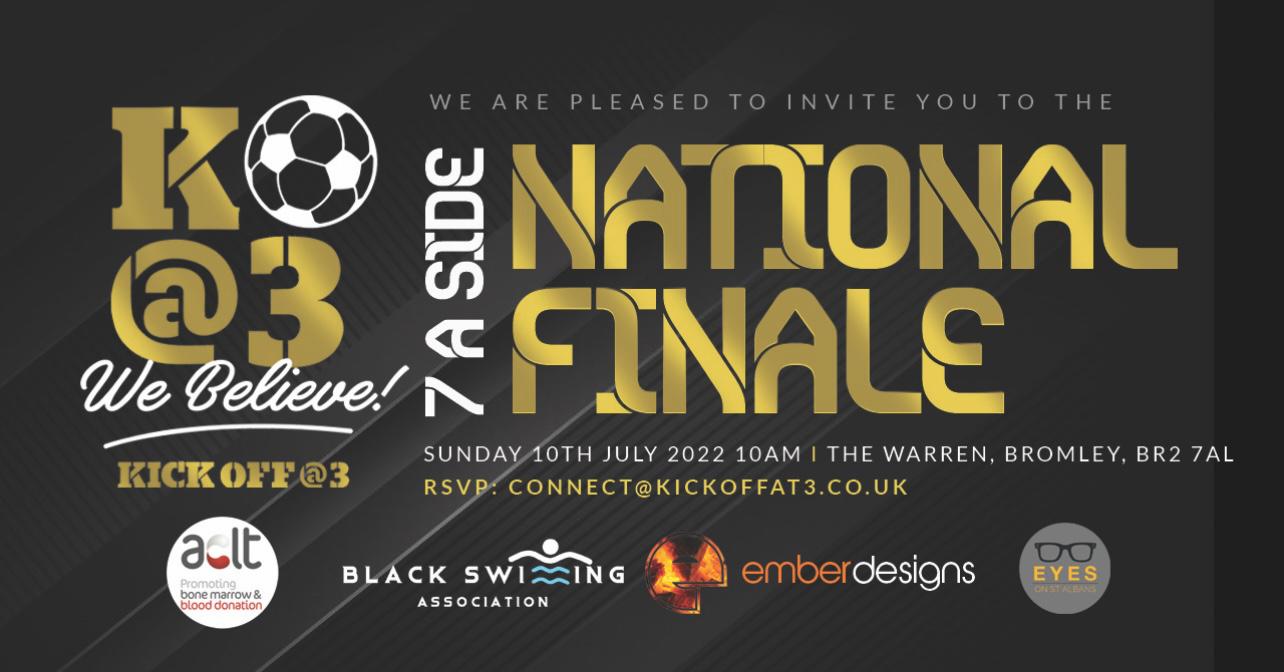 Kickoff@3 July 2002 was held in loving memory of Daniel De-Gale and the teams will be playing for the memorable ‘Daniel De-Gale Cup’.

Daniel suffered from a form of blood cancer and sadly passed away in October 2008. His parents set up the African Caribbean Leukaemia Trust (ACLT) to raise awareness about stem cell, blood and organ donation, with a focus of donors from African and Caribbean communities. Further information re their life-saving work can be found at www.aclt.org

Twenty six teams travelled from around the country to take part in this amazing football tournemant from ages 14’s and under 16’s with boys and girls competing, as inclusivity is key.

Trophies, medals and prizes where awarded to players to reward their hard work, enthusiasm and football skills.

Present on the day where numerous exhibitors and vendors on site, which included the RAF, ACLT, The Vine Cellar, Youth Unity, the Black Swimming Association (BSA) and the Metropolitan Black Police Association (Met BPA) who are also supporters and sponsors.

There was an amazing ‘Pop-up Runway’, a fashion show with local designers and a live DJ.

We have been running our national tournament for five years and our ethos is to support and empower young people whilst spreading awareness of multiple charities like ACLT. Alongside our football initiative, Kickoff@3, we have also delivered different events which involve basketball, running and music. These were aptly named ‘Tipoff@3’ and ‘Runoff@3’ among others. Additional initiatives are in the works, as we are forever looking at ways to engage young people in positive activities, as those previously have provided vast career opportunities and life skills to young people.

Great to see so many young people with a voice, as Kickoff@3 gives them their own World Cup experience.