Upon the the kind blessing of Baroness  Doreen Lawrence and the Stephen Lawrence Foundation, both Ashley and I are humbled and proud  to announce that we will be launching our new initiative of Trimoff@3 in good partnership with Extreme Kutz on Friday 22nd April.

Extreme Kutz is a fantastic  community barber shop based in the heart of St Albans, Hertfordshire who supports Kickoff@3 and our ideas to raise key awareness of charities and invaluable causes, whilst also forging stronger, trusted relationships between young people and the police, which is very much a focus of Kickoff@3 and our voluntary work.

Those from Afro Caribbean backgrounds, know from the Windrush generation that a local barber shop or unisex hairdressers, is very much a focal point to bring diverse communities together to have warm laughter, discussion, watch cricket, football, horse racing, boxing, eat food, play dominoes and listen to vibrant music in a safe friendly environment open to all.

Hence our Barber shop idea to continue Stephen’s legacy, by bringing our younger generation together to have fun whilst learning about Stephen using the theme of Barbering and local hairdressers.

Both Ashley and I along with Extreme Kutz, hope to see some recommended young people on the day.We know the Lawrence family and the Stephen Lawrence Foundation would be proud of those young people who step forward to make their pledge.

Stephen’s story is both challenging and inspirational. He was a normal young person who made the most of everyday opportunities. Although his life was short, Stephen provides a positive role model of a life well lived.

Stephen Lawrence was born and grew up in south-east London, where he lived with his parents Neville and Doreen, his brother Stuart and sister Georgina.

Like most young people, he juggled an active social life, school work, family commitments, and part-time employment. But he also had ambitions to use his talent for maths, art, and design to become an architect, and wanted to have a positive impact on his community.

Tragically, his dream of becoming an architect was never realised. On 22 April 1993, at the age of just 18, Stephen was murdered in an unprovoked racist attack. He didn’t know his killers and his killers didn’t know him.

After the initial police investigation, five suspects were arrested but not convicted. A public inquiry into the handling of Stephen’s case was held in 1998, leading to the publication of the Macpherson Report, which has been called ‘one of the most important moments in the modern history of criminal justice in Britain’.

It led to profound cultural changes in attitudes to racism, to the law and to police practice. It also paved the way for a greater understanding of discrimination of all forms and new equalities legislation.https://www.youtube.com/embed/t3Fzbqf9ZTI?feature=oembed

I was asked by michael at Kickoff@3 to participate in stephen lawrence day by making a song that would honour him (stephen lawrence) and bring light to the dark situation.

When Michael had asked me if I would like to make a song I didn’t have much knowledge on the tragic death at all, but I am never afraid to learn something new, so that’s what I did. I acquired knowledge and straight away got to making the beat and the lyrics in dedication to Stephen’s mother Doreen.

Sammy currently works part time in a barber shop located in St. Albans as an apprentice which he is really enjoying however music is his passion!

For those who attended the barber shop on Friday would of witnessed the vibrant Caribbean vibe of laughter, good music and warmth in loving memory of Stephen. Also we were able to give away FREE West Indian Food of Rice and Curry Mutton to numerous customers and young people to celebrate this very special Day.
Young people took a pledge in memory of Stephen, where the first pledge by a 15 year old in one of photos attached, mentioned that he would call it out if something was wrong or said inappropriate. What a powerful thing to say!
Both Ashley and I along with Wayne from Extreme Kutz and his wonderful staff, are extremely happy that we delivered a fantastic event where the community of St Albans came together as one along with the local Police in unity to leave a legacy in Stephen’s name.
We hope that many more positive events will continue to spread key awareness, as Stephen Lawrence Day should be celebrated 365  days a year with positive energy as on Friday. 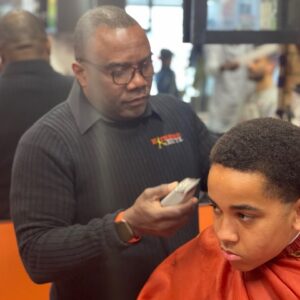 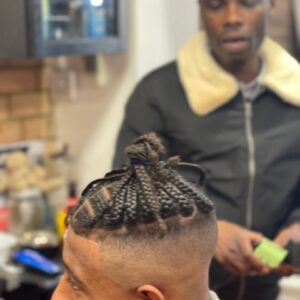 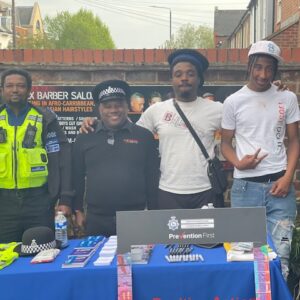 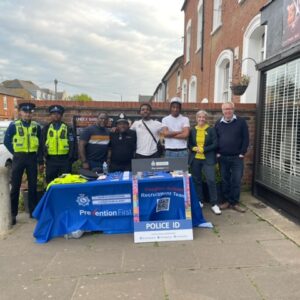 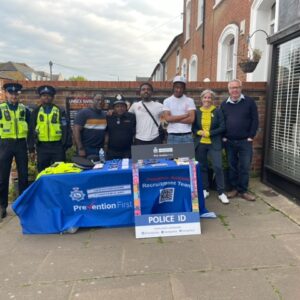 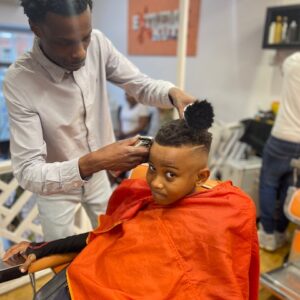 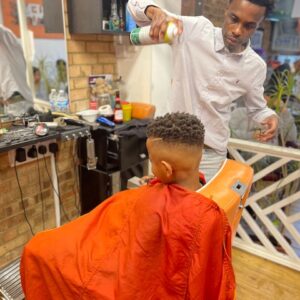 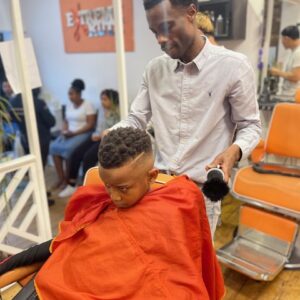 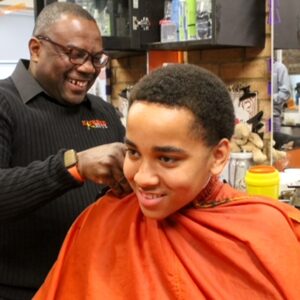 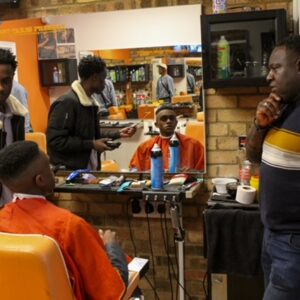 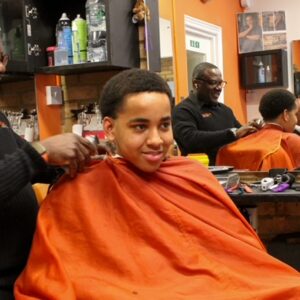 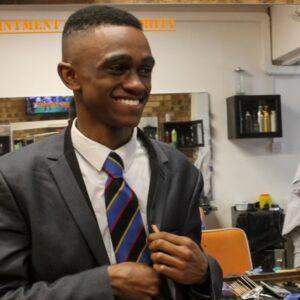 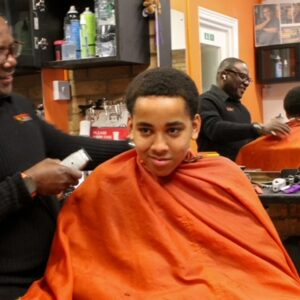 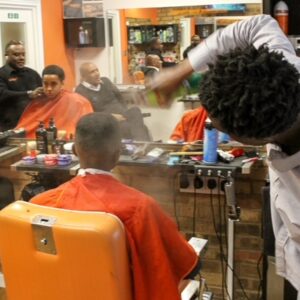 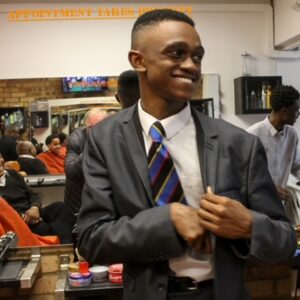 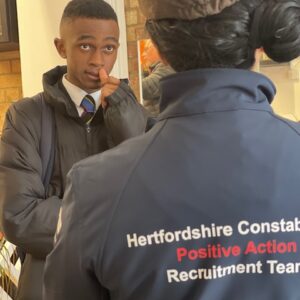 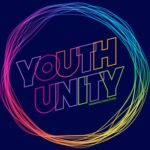