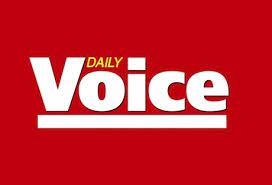 Using their own creativity, the performers were centre of attention both before and during the National Hunt racing

TALENTED YOUNG performers took their Black History Month celebrations to the races when they performed at Lingfield Park with music, dance, poetry and tales – all in memory of murdered teenager Stephen Lawrence.

Using their own creativity, the young people celebrated their talents both before and during the National Hunt racing as Lingfield Park in Surrey showed its support for organisations working with ethnically diverse communities.

Racegoers and the young people were greeted by officers and their animals from the Metropolitan Police’s Mounted and Dogs sections, as well as youth support officers, cadets and members of the Black Police Association who all showed their support of the initiative as the community groups brought their multi-ethnic message to the racecourse.

Those performing included Hertfordshire-based Alternative and Indie Rock Band, Kick Pistol, Quinton Green (aka Champagne Bubbler) who is a UK Urban performer and anti-knife crime campaigner who has worked with Stormzy, Kano, and Ms Dynamite and Boysayso, a jazz/rap star who describes his latest track release as: ‘A mix of tribal beats, UK rap and Jazz fusion sounds.’

“This was all about recognising the talent of young people and highlighting how many opportunities the sport of horseracing has for young people from all communities,” said Deborah Hay, TTR’s CEO.

Michael Wallace, a serving Met Police officer and co-founder of Kickoff@3 which empowers young people through sport, music and art, added: “We held an online Youth Unity event in April to mark Stephen Lawrence Day, and this was the perfect event to recognise the talent that was involved in that day. It was a wonderful opportunity to bring this talent to Lingfield Park racecourse and show a different crowd what our young people are capable of.”

Throughout the pandemic TTR has worked extensively with youth groups and diverse communities to maintain its network and reach for future projects. Partners such as Kickoff@3 and Proud and Gifted, which celebrates young people’s talents, enable it to connect with communities traditionally untouched by the racing industry.

“Racing has already pledged an industry-wide commitment to diversity and inclusion to make sure the sport is open to all and this is part of that journey,” added Hay.

“It was fantastic to prove how TTR can help to bring both worlds together as one and enable the young people to use the racecourse as a platform for their talents.”